Project Rise is a year-round initiative, which was enhanced during the coronavirus pandemic

Aileen Zangouei
YorkRegion.com
The Dawoodi Bohra community, a group of Shia Muslims from across Markham, Richmond Hill, Whitchurch Stouffville, Vaughan and Toronto, have been donating food and supplies to help people in need and front-line workers through the coronavirus pandemic.

According to a release by the Dawoodi Bohras, this local humanitarian initiative is part of their Project Rise, and is a co-ordinated effort involving Bohras in 500 communities worldwide aimed towards assisting local food drives, and supporting emergency staff, in a means of also showing appreciation.

Sheikh Zoeb Galiakotwala, the president of the local community of Dawoodi Bohra’s residing in Toronto — Anjuman-E-Burhani — had said: “The leader of the worldwide Dawoodi Bohra community, His Holiness Dr. Syedna Mufaddal Saifuddin, sent a message to all Bohra community organizations to extend whatever help they can to those who are hungry and unable to help themselves, and so Bohra volunteers in this city have mobilized to do just that.”

The Dawoodi Bohra community throughout the GTA has been donating food and helping those in need during these times, aiding areas throughout York Region as well, by doing the following:

“Dawoodi Bohra group of members are very active to help those who require help,” Richmond Hill Mayor David Barrow stated in the release. “Our community in Richmond Hill has been very thankful for their efforts.”

A statement from Whitchurch Stouffville Mayor Iain Lovatt reads: “Efforts by the Dawoodi Bohras to support the local community of Stouffville make a difference in the best of times not to mention challenging times like these.”

“We cannot predict when the crisis will ne ever but, in the meantime, we’re committed to stepping up to help vulnerable members of society, while supporting those many people working tirelessly on the [front lines] who selflessly ensure that everyone is safe and cared for,” Mansur Kanchwala, a spokesperson for the Dawoodi Bohras, said. 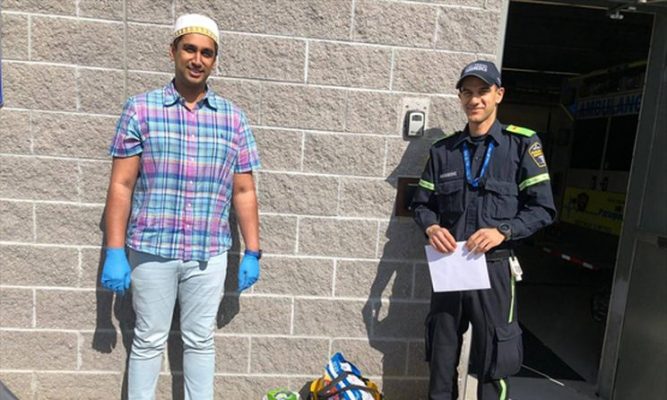 “We shall ensure that, in providing this support, we follow all advisories issued by local governments and health authorities regarding social distancing and the safe handling of food. Importantly, the Dawoodi Bohras will continue to support the needy and vulnerable in GTA well after the pandemic has subsides,” Kanchwala said.

Project Rise has been a long-time initiative of the Dawoodi Bohras, and it’s only since COVID-19 they have started to put what they have done for their communities out there. “For the longest time, we’ve had a practice about talking about the good things that we do. We felt that at this time it could inspire other community members to come forward,” Murteza Abid, a team member and spokesperson, said.