The Dawoodi Bohra community of Mississauga hosted its first Cultural Exchange with the Mississaugas of the Credit First Nation on Saturday, July 10, 2021.  The event was held at the Dawoodi Bohras’ Masjid in Mississauga to create awareness of the cultural traditions and values of the two communities through an art exhibition and a silent auction. 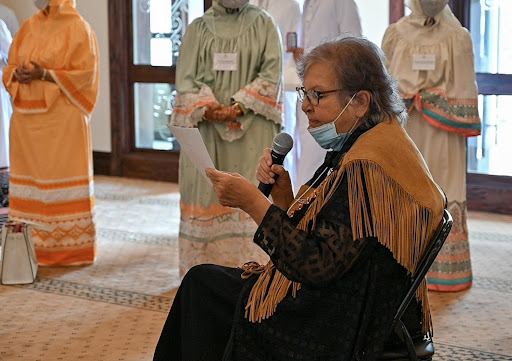 Former Chief of the Mississaugas of the Credit First Nation and Member of the Order of Canada, Elder Carolyn King, C.M., spoke about her flagship initiative, the Moccasin Identifier Project, which promotes public awareness of historic sites and ancestral presence of the First Nations, Metis and Indigeneous communities.  Talking about the project, she stated, “If we, as First Nations People, don’t get a marker on the ground today, we will be lost forever.” Lauding the efforts of the Dawoodi Bohra community in organizing the event, she said that the children of the Bohra community will be well aware of who the Mississauga land belongs to and where the culture of the land emanates from. Stacey Laforme, the Chief of the Mississaugas of the Credit First Nation, attended virtually and delighted the audience with his poetry and storytelling that gave insight into the history of the First Nations in Mississauga.

Acknowledging that the First Nations are the true caretakers of the land, the President of the Dawoodi Bohras, Amilsaheb Shk. Behlah Ayman, said, “First Nations Peoples have a unique relationship with the Earth and all living things in it. It is indeed a pleasure and privilege to be here today with the sons and daughters of Mother Earth who are so close to her. We have a lot to learn from you. We thank you for all that you do and assure you that in us you will always find a friend whenever you need one.” His sentiment was echoed by the poetry recited by the Bohra youth that left the audience with a special message, “Let’s mend what’s broken piece by piece; let’s get together and pray for peace.” 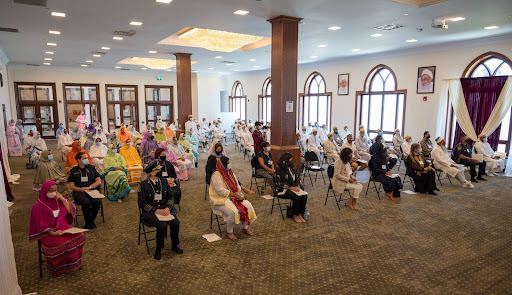 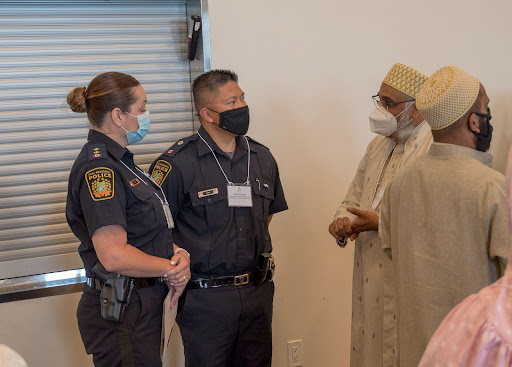 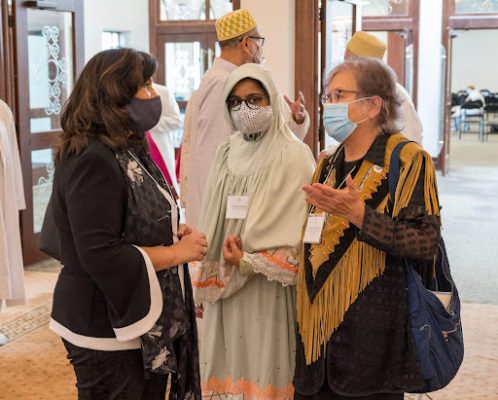 Appreciating the collaboration between the two communities and emphasizing the need for meaningful dialogue, Mayor Bonnie Crombie said, “I am so proud of the Bohra community for recognizing the work that needs to be done by hosting a forum like this one which raises awareness and fosters cultural exchange between the Bohra community and our Indigenous brothers and sisters.” The Minister of Indigenous Affairs, Greg Rickford, sent a recorded message in which he expressed his appreciation for such an initiative that binds communities with the Indigenous People.

MP Iqra Khalid acknowledged the importance of the Indigenous peoples, adding: “The Indigenous peoples are very much a part of Canada and a foundation of what Canada’s history [represents].” MPP Nina Tangri, while commenting on the recent discovery of unmarked graves of Indigenous children, stated: “As we know, this year’s Indigenous Heritage Month has been extremely difficult with the discoveries at residential school sites across Canada… We must commit to deepening our collective understanding of the intergenerational trauma and terrible legacy of the residential school system. And we can, and must do better to advance reconciliation with Canada’s Indigenous communities.” 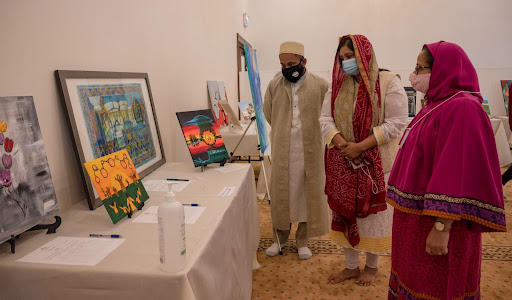 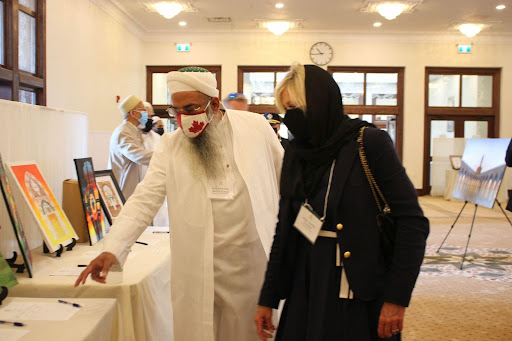 The cultural exhibition displayed art created by both the Dawoodi Bohra and Indigenous artists. The Bohra art depicted the historic Fatimid architecture, Arabic calligraphy, and cultural values such as love for one’s nation, unity, and compassion. The Indigenous exhibits included elegant beadwork jewelry and paintings by the famous Native Canadian artist, Peter Bighetty, depicting the importance of family, freedom, and the majestic eagle symbolizing love, one of the Seven Grandfather Teachings. Members of the Dawoodi Bohra community and several dignitaries including MP Iqra Khalid, MPP Nina Tangri (Associate Minister of Small Business and Red Tape reduction and Member of Provincial Parliament), Deryn Rizzi (Mississauga Fire Chief) and Mark Dapat (Superintendent of Peel Regional Police) bid on various exhibits during the silent auction, the proceeds from which were donated towards Indigenous causes.

While this was the first such event organized by the Dawoodi Bohras of Mississauga, both communities expressed willingness and enthusiasm to continue their relationship, deepening the bonds between Mississauga’s first inhabitants and over 400 Bohra families who call Mississauga home.