The guests were presented with shawls as a sign of respect, as well as bouquets of flowers and a book commemorating 75 years of His Holiness Dr. Syedna Mufaddal Saifuddin (TUS).  Mr. Manish presented the Dawoodi Bohras with a beautiful ethnic plate and some books on Indian culture and history.  A traditional Dawoodi Bohra lunch was served, starting with a pinch of salt, sweet dishes, savoury dishes, and then rice and soup followed by fruit. 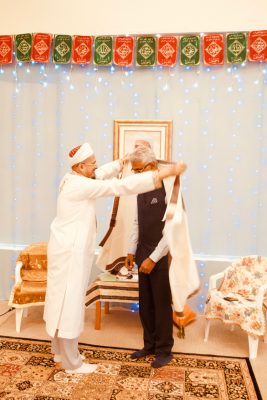 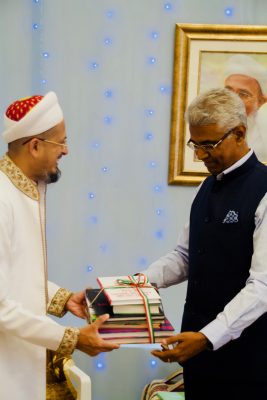 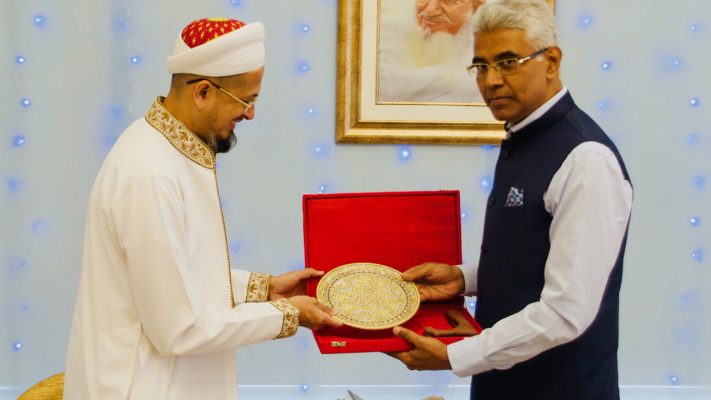 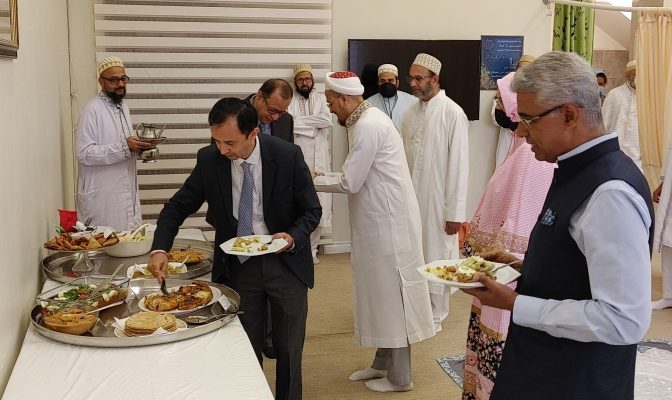 After lunch, Mr. Manish was invited to plant a tree in the grounds of Saifee Markaz as part of the Dawoodi Bohra’s global Project Rise initiative.

The Amil or leader of the Vancouver Bohras, Sheikh Huzeifa Rokur, said, “The Dawoodi Bohras are united by a set of centuries old principles; an unwavering commitment to the faith, a genuine love for the countries in which they live, a belief in the value of society, education, women’s empowerment, engagement with other faiths, physical health and well-being, and a responsibility to care for the environment and all creatures that dwell within it.  Bohras have always been loyal and law-abiding citizens wherever they live.”

Mustafa Raja, the current under-14 Canadian National Tennis Doubles Champion who recently placed third in the national singles tournament, was introduced to the Consul General and recognized for his outstanding achievements in tennis.  Originally from Mysore in India, Mustafa is an inspiration for young immigrants to Canada.

The Dawoodi Bohras of Vancouver have lived and worked peacefully in and around Vancouver for several decades.  Many of the 90 families who congregate at the Saifee Markaz, in Surrey, trace their roots to India, and links between the country and the Vancouver community of Dawoodi Bohras remain very strong.