The community made turkey donations in memory of late Mayor Dave Barrow who died in September.

This article by Sheila Wang was published in York Region on October 9, 2022.

Just before the Thanksgiving weekend, the Richmond Hill Food Bank received boxes of turkeys from a congregation of Muslims to help needy families in the community celebrate the holiday. 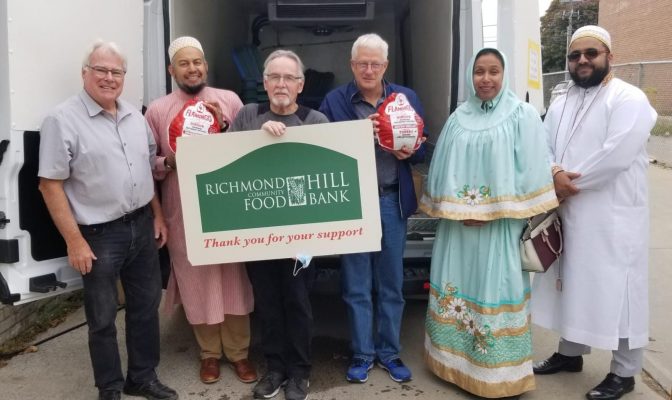 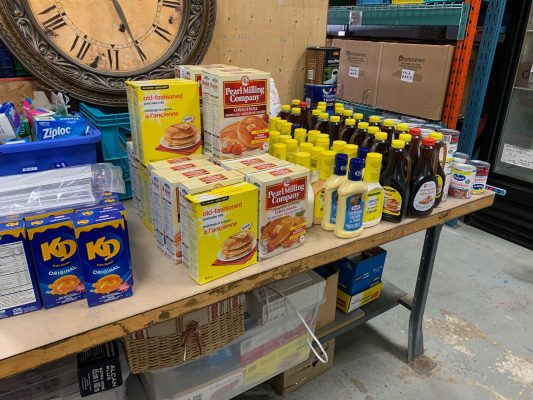 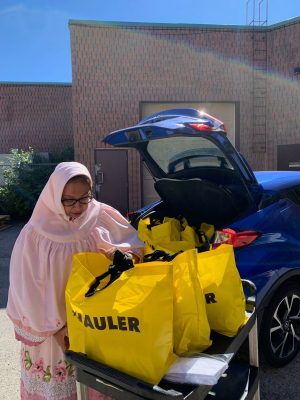 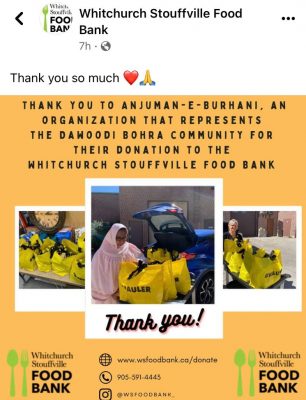 The Dawoodi Bohra of Toronto, a decades-old community based in the GTA, held a donation event at the local food bank on Friday  to drop off a van full of packaged turkeys.

The community made turkey donations in memory of the late mayor Dave Barrow who died in September.

Mayor David West joined the food bank staff and the members of the Dawoodi Bohra community at the donation event.

With rising food prices and an increase in the number of people who struggle to put food on their tables, the Dawoodi Bohra community organized a food drive in order to donate turkeys to local food banks with the proceeds raised.

Prior to the event at the Richmond Hill Food Bank, the community also donated turkeys to the food bank in Whitchurch-Stouffville to mark Thanksgiving.

It was the third consecutive Thanksgiving donation organized by community members with the purpose of giving back to the broader community.

The Dawoodi Bohra of Toronto — which includes more than 400 families congregating at the Al Masjid Al Saifee in Richmond Hill — have lived and worked peacefully in and around the Greater Toronto Area for decades.

Committed to working with all communities in order to make a positive contribution to society, Bohras have some of the same values as the United Nations’ Sustainable Development Goals, including eradicating poverty and hunger, improving health and education, promoting female empowerment, avoiding waste and preserving the natural environment.